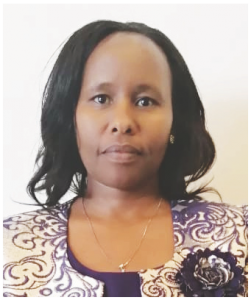 In line with its theme of “Building Partnerships for the Promotion of TVET for Innovation, Entrepreneurship and Youth   Employment in Africa,”   the   2019 CAPA international conference is loaded with activities. The  conference, which  is  taking place in  Kigali  Rwanda is  aimed   at  publicising the   importance  of  Vocational  Education and  Training (TVET)  training, across the continent. According to the  Kenya  Association  of Technical Training  Institutions  (KATTI), National Chairperson and  Chief  Principal, Nairobi Technical Training Institute  Mrs. Glory Mutungi, there is need  to recognize TVET graduates in  every  country on  the continent.

“As KATTI we share the same vision with Commonwealth Association of Technical Universities and Polytechnics in Africa (CAPA), and this is to make the world understand the role of TVET in development agendas in Africa,” she said. She   explained that TVET is more   of competence –based hence is key in realizing industrial growth in the continent.

In  the  Nairobi Technical Training Institute, for  instance, the  institution has partnered with  Deutsche Gesellschaft für Internationale Zusammenarbeit GmbH (GIZ)  as  well  as  motor vehicle   industry players  in   a  bid   to  equip   its   students with   quality skills  under the  automotive mechatronics course. According to Mrs.  Mutungi the  role of CAPA is to push  for  the  harmonization  of qualifications in African  countries as a key in reducing the skills deficit.

“The role of the  conference is therefore to incorporate other countries in Africa  in bringing to the  limelight the  various youth innovations as  well  as  provide a platform for them to learn from  each  other and  get recognised by industry players,” she said. Mutungi adds   that KATTI and   CAPA share a similar goals; and this is to enhance collaborations between industry and institutions and production of qualified trainees into the industry as well as equip trainers to impart knowledge to trainees.

During   the   conference  various stakeholders  will  underscore their  roles in improving the  state of the  TVET in the continent, in  this  enterprise will  play  the primary role in setting skills standards. The government plays   a primary role in directly managing the delivery of core social   services such as health education, social welfare and access programs. As governments downsize, they may look for multiple suppliers and providers of services in areas in which partnership participation is possible.

As part of fulfilling its mandate, CAPA through its Executive Board and partners will bring together the student leadership in TVET from its over 200 member institutions in Africa, through the second African Forum for Youth in TVET. These youth leaders shall get a platform to exchange ideas on how TVET skills could be innovatively deployed to create wealth and employment and solve other   contemporary   challenges   facing young people in the continent.

Africa has the youngest population in the world   with over 75 percent being below the age of 35. According to the World Bank, each year an additional five million turn 15; while over half-a-million join the job-seeking group. However, much of the economies are not generating employment or even entrepreneurship opportunities to cater for these numbers of youth let alone the adult population. On the  other hand, the  economic growth in much  of Africa  in the  last  two decades has  raised a  young population’s expectations of good  jobs without greatly expanding the  capacity to deliver them. These are the conditions that make social protest and political instability likely.  The implications and consequences are widespread. These include the desperate e orts  to  migrate witnessed within and beyond the continent.

“The Kigali August 2019 forum o ers  a voice to the youth themselves on how their concerns can  be  best  addressed by policy makers and  TVET institutional managers. Participants are  expected to majorly come from the well-integrated mix of CAPA member institutions  ranging from   TVET colleges, technical training institutes, colleges  of  technology, polytechnics and universities of technology,” Statement from CAPA Secretariat

Data shows that in developing countries,of the young people who are in the labour force, more than 150 million live in extreme poverty, the result of low- skills. They often lack good quality primary education that would open the door to TVET and better jobs. The conference will also see the release of new ﬁ gures on the situation of youth unemployment in CAPA’s 2012th edition of the Global Employment Trends for Youth.