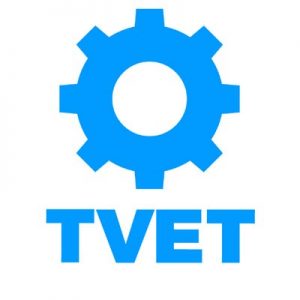 Delivery of education is done through institutions such as schools, colleges, institutes and universities and managed through the system — the ministry and departments. It is difficult to identify and celebrate individual achievers running the system due to its bureaucratic nature, but easier to do so within the institutions. I will draw three examples of top achievers from the technical training institutes (TTIs).

The first is Dr Edwin Tarno, the principal of Rift Valley Technical Training Institute. In his 10 years in charge, enrolment shot up by 583 per cent from 1,200 to 7,000 students and the pass rate 54 to 86 per cent.

This is the only Tvet centre of excellence in the six East African Community (EAC) member states and it is a United Nations-designated Univoc Centre for East and Central Africa. Under Dr Tarno, RVTTI has won at least a dozen international awards for delivery of Tvet curriculum and a $1 million fund for research and innovation.

Second is Mr Evans Bosire. When he was appointed the principal of Keroka TTI 13 years ago, Mr Bosire found only three students; the staff were more than students. This year, he has 3,400 students and the number of courses offered increased from one to 98.

Thanks to his focus on games and sports, Keroka reigns in athletics and football, producing talented players even internationally. He provides training facilities for primary and secondary schools in Kisii.

He has also introduced the village campuses to promote outreach. In its strategic plan, Bureti is eyeing promotion to a national polytechnic, a deserved status for the wide and populous South Rift region.

The trio is not, by any means, the only achievers. They constitute a sample.

I wish to put the achievements of these principals in the context of management theory. Archimedes, the well-known scientist of yore, said: “Give me a place to stand and a lever, and I will move the Earth.” Likewise, Sir Isaac Newton, another well-known scientist, stated: “If I have seen further, it is by standing on the shoulders of giants.” Clem Sunter, in his book Never Mind the Millennium: What about the next 24 hours? stated that “scenarios turn the unthinkable into the possible, the possible into the reasonable, and reasonable to reality”.

To me, Dr Tarno was provided with a place to stand on in Eldoret and used such levers as the proximity to the city centre, good infrastructure, a strong board of management and the shoulders of enthusiastic staff to propel the institute to the enviable position of getting excess qualified applicants for enrolment when others hardly get enough for the space and facilities at their disposal.

Mr Chemoiwa got a place to stand on in Bureti, a rich agricultural environment, and leveraged on the populous Kipsigis community, a strong and supportive board, a giant of a predecessor in Mr Mutai, and his staff to become a success story in a rural setting. Who would have thought of a scenario of a tiny rural outfit becoming a gigantic institute?

Mr Bosire accepted to head an institute of only three students and utilised sports as a magnet. It provided him a place to stand on. The rest is history.

What do we learn from the above? First, one needs just a place to stand on to shine. The students, from pre-primary school to university, have their classrooms to stand on; they have teachers, books, laboratories and a conducive environment as levers to excellence in examinations.

The teachers have been given an opportunity of where to stand on through their employment and deployment. They have their subject expertise and their knowledge of psychology, philosophy, communication skills and passion to leverage on to move the earth — nay, produce excellent results.

The excellence of every class builds up to that of the institution. The members of the board and the parents/teachers associations (PTA) have been provided a place to stand on through their appointment or election and the law to leverage for the success of the institutions.

Secondly, the Ministry of Education, Public Service Commission and Teachers Service Commission may occasionally need to carry out case studies on these success stories and use the results to help the rest of the institutions to upscale their performance.

Thirdly, the performing principals and their staff require financial and non-financial rewards like state commendations for motivation. We all need to celebrate them and learn from them.